Arnhem – On Friday April 15th, three young and promising conservationists will receive the Future For Nature Award and the sum of €50,000 each at Royal Burgers’ Zoo. A survey among the 24 winners of the past eight editions has shown that, besides the prize money, the international recognition for their work is most valuable to them. As Wietse van der Werff, one of this year’s Award winners, put it: ‘I feel tremendously honoured to be added to this long and impressive list of Future For Nature Award winners. The Award is a huge recognition for my own work and for the work and dedication of all our volunteers, pilots, and civilian inspectors!’

This year’s three Award winners
Wietse van der Werff, a 33-year-old Dutchman, is the founder of The Black Fish and the Wildlife Air Service. He is building the biggest international network of civilian fisheries inspectors in the world. With this network of volunteers and pilots in training, Wietse is fighting wildlife crime at sea and protecting endangered sea animals such as bluefin tuna and sea turtles. It is estimated that 40% of all fish that is traded in Europe is being caught illegally.
Thai Van Nguyen, the founder of Save Vietnam’s Wildlife, has been at the forefront of pangolin conservation in Vietnam. Pangolins are victims of poaching in large numbers for medicinal purposes or to make jewellery from their scales. These animals roll themselves into a ball when danger is lurking and then wait for it to go away: this makes them an easy prey for poachers.
Matthew Shirley is an American working in Gabon and Ivory Coast to prevent slender-snouted crocodiles from going extinct. These animals are disliked by the local population, who prefer to get rid of them. These powerful animals are killed for their meat and for leather. Matthew has founded a crocodile breeding centre in Ivory Coast and is hoping to start reintroducing the first captive-bred crocodiles by 2017.
These three winners will be presenting their work to an audience of 500 guests at the Future For Nature Awards event at Royal Burgers’ Zoo on 15 April.

Special guest: wildlife crime fighter Ofir Drori
Previous Future For Nature Awards have been presented by Sir David Attenborough and Dr Jane Goodall, among others. This year, our special guest to present the Awards is Ofir Drori, photographer, journalist and activist. He was an Award winner in 2011 for his trailblazing contribution to arresting, prosecuting and imprisoning wildlife traffickers in West Africa. Saba Douglas-Hamilton, wildlife documentary maker and conservationist, will be hosting the Future For Nature Awards event on 15 April. As the chair of the International Selection Committee, she is closely involved in the Foundation.

Survey among previous winners
The Future For Nature Foundation has conducted a survey among the 24 previous Award winners. Many of them said that the prize money had been important to them, of course, but even more so being recognized by an international organization. Mohammad Farhadinia from Iran, for example, one of the 2009 Award winners, says: ‘It is not only about the money, but more importantly, it is a major engine for the winner to spread the word of conservation while propelling him/her to the next stage of life.’ Another strength is the focus on young people and on looking forward to the future, the survey told us. The previous award winners also feel it is a Unique Selling Point that the Foundation focuses on individuals rather than on major organizations. 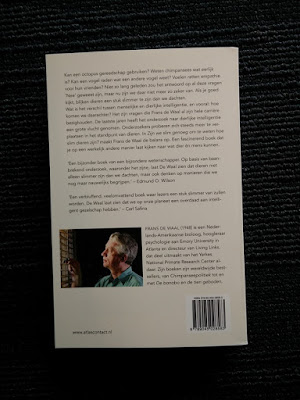